Home FOOTBALL Napoli upset Juventus 1-0, Ronaldo and Co still very much in the... 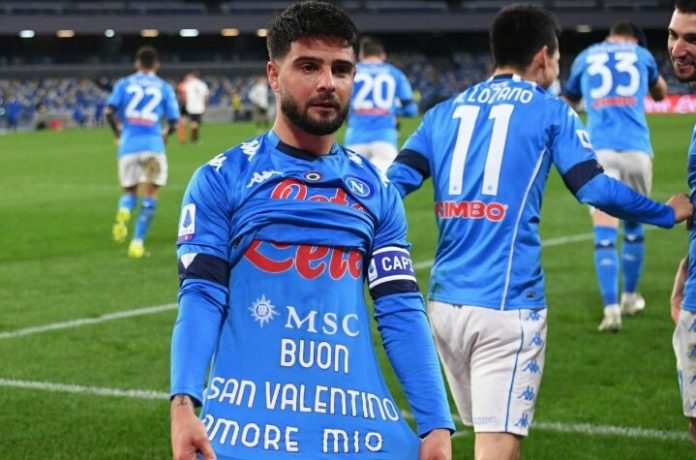 Napoli through Insigne’s 31st minute spot kick claimed all 3 points as they defeated Juventus 1-0 to get into the top 4 mix.

This win has put Ronaldo and Co under pressure as they now trail the leaders, AC Milan by 7 points although they have a game in hand. Napoli, on the other hand are within 2 points of Juventus having played the same number of matches, in 4th place.

Chiellini conceded a penalty in the first half by fouling Rrahmani in the box with his left arm. The decision correctly given by VAR as Insigne tucked it into the root of the net to give Napoli the lead and his 100th goal for The Blues.

There was consistent pressure from the away side as they kept attacking the Napoli goal, Ronaldo drove a thumping shot wide and had another chance gone abegging when he missed from point blank range due to an excellent save by the Italian international, Meret.

Chiesa has his shot denied by Meret after a clever routine freekick. Alex Sandro had his moment too as he struck the ball towards the far post hoping for someone to put the last touch to put it home but to no avail.

Meret once again came to the rescue to deny Ronaldo with his feet before denying Morata to keep a top-notch clean sheet.

Napoli were kept quiet throughout the game as they never had any threatening shots at the Juventus goal but had done enough to gain the win.

The Bianconeri will want to get back to winning ways as they face Porto in the 1st leg of the Round of 16 UEFA Champions League encounter on 17th February while Napoli have their Europa League tie against Granada on 18th February.

A major dent for Juventus as they cannot afford anymore losses at such a crucial stage of the season if they want to reclaim the title this season.