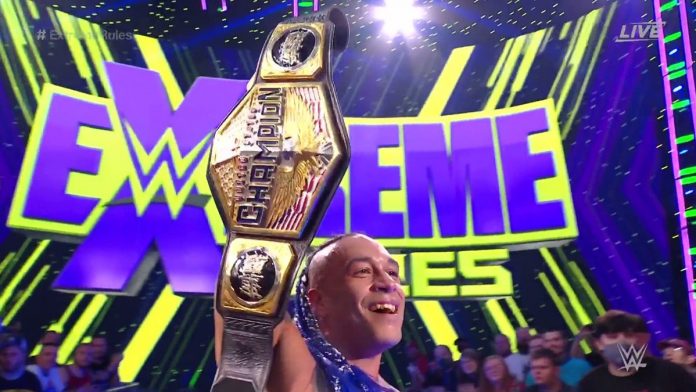 In a very good fight, in which Sheamus excelled with a jump from the third rope and Jeff Hardy had the great support of the public, Damian Priest took advantage of the end to iron the Celtic Warrior with a roll up and thus stay with the victory for the count of three.

The Archer of Infamy had his first defense of him on a WWE Pay Per View in the little over a month he has been champion of the United States.

This match was initially going to be a singles match between Priest and Sheamus, but in recent weeks, Jeff Hardy was lighting the flame on the monarch and was added to the match.

Priest has been champion of the United States for more than a month after this new defense of the title. The former North American champion had already defended his reign twice, and against the same rivals.

The first was in a Triple Threat against Drew McIntyre and Sheamus on Monday Night Raw and the last time was a few weeks ago also on Raw against Jeff Hardy.