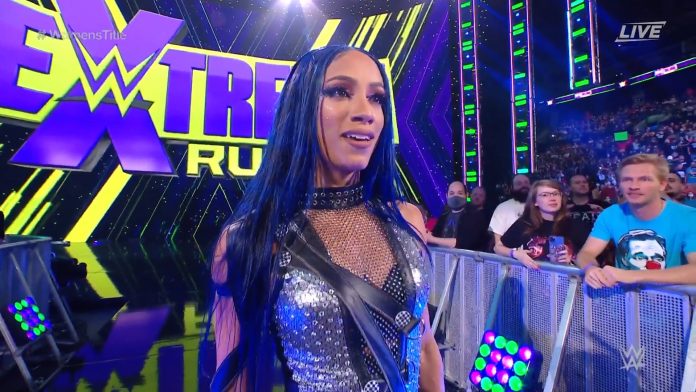 Notes from the match:

The match started with Lynch trying the Manhandle slam but Belair countering and almost hitting the KOD. As things settled down, Lynch took over on offense for several minutes and Lynch added some new moves to her repertoire.

Belair fought back with some impressive power moves and punches in the corner of the ring. After a tug of war with Belair’s hair, Belair hit a spinebuster and then she went for a pin attempt. Belair also hit a fallaway slam that was made famous by Scott Hall. Michael Cole incorrectly said that JBL made the move famous.

Belair later picked Lynch off the top rope and press slammed her but Lynch slipped out and she went for the disarm her submission but Belair made it to the bottom rope. The match spilled to ringside and Lynch drove Belair into the steel steps. Back in the ring, Lynch hit a leg drop off the top rope but Belair kicked out of the pin attempt.

After a series of reversals, Lynch locked in the Disarm-Her for the third time but Belair powered out. Sasha Banks ran in and attacked Belair to cause the DQ. Banks attacked Lynch and then hit the backstabber on her and Belair to leave them both laying.