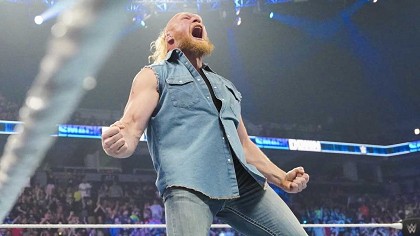 WWE News: Booker T believes that bringing Brock Lesnar back is not a desperate move by WWE

After Roman Reigns successfully defended his WWE Undisputed Universal Championship against Riddle, confronting the Samoan before applying an F-5.

His return seems to be a plan B put in place by the company after the injury of Randy Orton, who would have been Reigns’ rival at SummerSlam, as reported by various media.

In any case, it has been a decision highly criticized by fans, who have come to point out that it is a desperate move on the part of WWE.

In this sense, the member of the WWE Hall of Fame Booker T, who usually offers his comments.

Points of view on the current business, wanted to respond to these criticisms in the latest edition of his podcast The Hall of Fame.

Also Read: WWE News: Happy Corbin believes that WWE could have broken his End of Days streak at another time

“I wouldn’t call it desperate,” Booker T noted. “I’d call it pulling the ace. That’s what you do” (transcript courtesy of EWrestling News).

However, the criticism is not focused exclusively on Lesnar’s sudden return to face Reigns, but also on the absence of rivals for the champion.

Fans are upset about the lack of challengers for “The Tribal Chief”, who has also only defended his titles once since he unified them at WrestleMania 38.

It should be remembered that Lesnar and Reigns met in the main event of the great event, with the two maximum company championships at stake.

The victory fell on the side of the Samoan, who in this way became WWE Undisputed Universal Champion. That night was also the last time.

Also Read: WWE News: Naomi will make an appearance after her conflict with WWE in a well-known show

We saw “The Beast” until his recent return last week. Both will meet again in a ring with the titles at stake in a Last Man Standing Match at WWE SummerSlam.