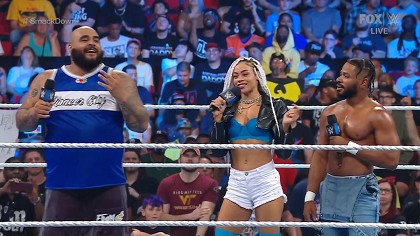 To the company after nine months away. In a very easy match for the group, Top Dolla finished with a Double Slam to

Both rookie fighters, after Ashante hit them with kicks. The trio took the microphone and announced that they were back in WWE. The group known.

As Hit Row, B-Fab, Ashante and Top Dolla, were laid off in November 2021 as part of WWE’s wave of budget cut layoffs. Isaiah Scott was the other.

Member of the stable, however today he is the All Elite Wrestling World Tag Team Champion under the name Swerve Strickland.