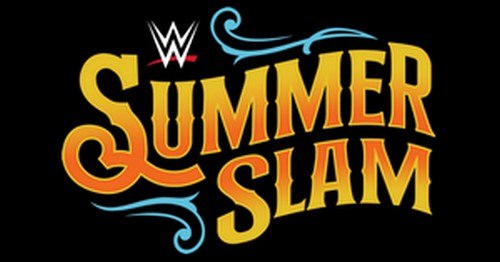 WWE SummerSlam Results & Highlights 2022: All You need to know

The hosts present today’s matches. Switches to Matt Camp, who is outside the stadium with some fans. We’re taking a look back.

At the Raw Women’s Championship Match…First comes a video report of the singles match between Happy Corbin and Pat McAfee, before we look at highlights.

From the match between The Mysterios and The Judgment Day, which took place on Monday on Raw. …Now summing up the feud.

Between Logan Paul and The Miz…Greg Miller, the host of the WWE Network show “This is Awesome” is at the panel promoting the show…

Backstage: Sarah Schreiber is with Theory and asks him what he’s going to do tonight and how he’s feeling. For Theory,

It feels like he’s on top. This is his time and after tonight we will be in the theory era. He will reclaim his United States Championship and redeem.

The MITB case tonight. It doesn’t matter which person he will redeem the case against for a title match. He will go to the ring.

Redeem the contract and become the youngest Unified Champion. We’re taking a look at the Smackdown Women’s Championship Match.

It will be switched to Jackie Redmond at the stadium. She captures some voices from the fans. A recap of the Usos vs. The Street Profits confrontation follows.

In the stadium, Titus O’Neil introduces some of the WWE community leaders. In addition, Titus O’Neil presented the WWE Replica titles to Meals of Hope,

PENCIL and Musicians on Call and announced that each charity will receive $20,000. Another cryptic video is played and he announces that.

This year’s SummerSlam opening video promotes tonight’s top matches and is set to county music. The intro is followed by a welcome.

From Jimmy Smith, who announces that over 40,000 fans are in attendance. Co-commentators are Corey Graves and Byron Saxton.

After the match, Lynch approaches Belair and offers her a handshake. Belair is concerned at first, but accepts.

The offer-Lynch and Belair hug. Lynch leaves the ring as Belair celebrates her win. Suddenly, Bayley’s entrance theme sounds and the audience cheers.

A smiling Bayley stands in front of the ring, shouts “Hello” to Belair and asks if she remembers her. Dakota Kai comes out and joins Bayley in the ring.

Both stared at Belair. Now the entrance music from Io Shirai sounds. The Japanese wrestler also enters the ring and joins Bayley and Kai.

Lynch returned to the ring and positioned himself next to Belair – a “BECKY” chant erupted. Belair and Lynch urge the trio to bring it.

But Bayley tells her friends. To leave the ring and that’s exactly what happens. The next video highlights the feud between Logan Paul and The Miz.

2.Match
Logan Paul def. The Miz (w/ Maryse & Ciampa) after the Skull Crushing final – Cimapa intervened for The Miz in the match but the Moneymaker wasn’t too happy when.

Ciampa attempted to intervene again and the ref pulled him out of the ring , when he failed to comply, AJ Styles showed up and a brawl ensued

Between Ciampa and “The Phenomenal One”, at the end of the match Maryse distracted the referee and The Miz tried to attack Paul from behind.

But the social media star dodged and The Miz nearly hit his wife, after which Paul ended the match with the Moneymaker’s finisher (14:15)

That the boys need some water. Mansoor and Mace threw the water on themselves, while Max Dupri followed up with a water-related slogan.

Max finally shares that it is the official water of Maximum Male Models. The next video looks at Roman Reigns’ long reign of the title.

Now that darkness is falling in Nashville, WWE is banking on their powerful in-ring lighting.

Finn Bálor & Damian Priest (w/ Rhea Ripley) after a 619 by the Mysterios and a springboard splash by Rey on Bálor – before Bálor asked Ripley to hand him.

A steel chair, then left the lights out and Edge returned, appearing on a staircase and wielding Fire Pyro, this was followed by.

A remixed version of the Brood Theme, Edge marched to the ring and first took down Priest before knocking out Bálor in the ring with a spear (11:09)

Post match: Edge stays in the ring with the Mysterios and stares at The Judgment Day. Ringside now switches.

A male choir stands on a pedestal and sings “Bum As* Corbin”. The choir continues singing while Pat McAfee performs.

Before Corbin collided with him, causing McAfee to low hit Corbin (10:42) After the match, McAfee joins the commentators.

He shakes hands with Cole but ignores Graves, who said he was lucky. After that he is handed a beer by a fan – he takes a sip and walks away.

At WWE Clash at the Castle. Drew McIntyre comes out and talks about how he and Sheamus gave each other hell.

Today he hardly got out of bed but it was all worth it because now he has a shot at the title. McIntyre wants to talk about the main event.

Tonight, Roman Reigns and Brock Lesnar will face off for the first time ever in Nashville, at Nissan Stadium. McIntyre Then asks a young.

fan his name and he says “Colt”. McIntyre encourages the other fans to chant his name. McIntyre then announces that he will spank.

Tonight’s winner and take both titles. Finally, he asks the fans for a Claymore countdown. He raises his sword and fireworks are set off.

As Jeff Jarrett makes his way to the ring, we watch the finish of the Usos and Street Profits match at WWE Money in the Bank.

The Tennessee Titans cheerleaders come out and give a performance. The Street Profits make their appearance in the Titans outfit.

Kid Rock (who wrote the Official SummerSlam Theme Song “Shakedown”) is in the crowd making out.

With his girlfriend. As the security tells Riddle to leave, the Raw Superstar jumps the barricade. He steps into the ring and tells.

Everyone that he doesn’t have medical clearance but still wants to face Seth Rollins. He comes out with some officials trying to hold him back.

But the Kingslayer runs and Riddle runs to meet him. A short brawl breaks out. As the two continue their argument in the ring, Riddle stomps on Rollins.

The Kingslayer leaves the ring while the officials deal with Riddle. The following video gets you in the mood for the next title match.

Post match: Rousey is upset and wants to speak to the ref. The replay shows Morgan resigning just.

Before Rousey was pinned. Rousey briefly uses her armbar on Morgan and is slightly booed by the crowd. Rousey releases the grip and takes.

The referee’s armbar – now the audience cheers for her. WWE Officials Shawn Daivari and Jamie Noble burst into the ring and intervene.

After a brief pause, Kane (Glenn Thomas Jacobs), the Mayor of Knox County, Tennessee, steps into the ring and announces.

That 48,449 fans are at Nissan Stadium in Nashville, Tennessee. Video coverage of the night’s main event match is now playing.

Roman Reigns exits with The Usos, but Jimmy & Jey head back backstage…As Reigns enters the ring with Paul Heyman, a stadium erupts in fireworks.

Reigns grabs the mic and says: “Nashville…SummerSlam…Acknowledge me!”…Brock Lesnar also gets fireworks when entering and drives.

To the ring in a red excavator…The ring announcer wants to introduce Lesnar, yes “The Beast” wants to do it himself and introduces himself.

As the “Big Old Country Boy” and promises to be the “Last Man Standing”…Lesnar jumps off the excavator’s shovel onto Reigns. The match starts…

– Lesnar used the tractor to move the ring before using the vehicle’s shovel to lift the ring, causing Reigns to fall out of the ring – the crowd cheered

– The Usos came out and attacked Lesnar