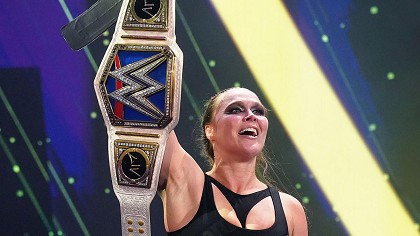 A couple of days ago, WWE held their Premium Live Event Survivor Series Wargames from the TD Garden. Among other matches, fans.

The performance of “The Badass Woman of the Planet” received highly polarized comments from fans and the specialized press. One party accused.

Ronda Rousey of being “lazy” in the ring and having a bad attitude towards her teammates backstage, using her former challengers Shotzi and Liv Morgan.

As examples.To make her message much more noticeable, users against the competitor decided to make a series of posts under the hashtag.

Also Read: WWE Raw: Dexter Lumis gets a contract with WWE on RAW

#FireRondaRousey. As the run-up to Monday Night RAW unfolded, this mention became the top trend on Twitter in the United States, being.

Used by multiple users making the aforementioned accusations. A good part of the community maintained an attitude of repudiation towards.

Those who made this request. It should be noted that no backstage discrepancies have been reported between Ronda Rousey and any of her companions.

There are also no statements from competitors like Shotzi or Morgan that affirm the accusations mentioned by fans. Let’s remember that.

“Rowdy” is working as a villain at the moment, so this movement on social networks could benefit her instead of attracting her possible dismissal.