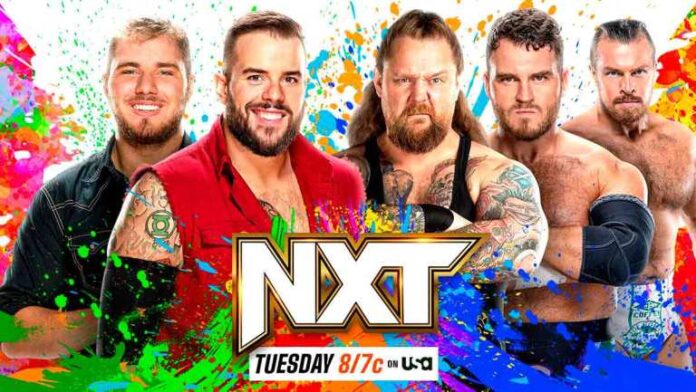 After announcing his presence in NXT 2.0 by attacking Diamond Mine, Gallus has made it clear that they intend to dominate NXT. The former NXT UK.

Stable failed to win the tag team medals at Worlds Collide, but they did have several face-offs with Josh Briggs and Brooks Jensen.

The situation between the two teams has heated up in recent programs and tonight they will face each other in a Pub Rules Match.

Damon Kemp betrayed the members of Diamond Mine. The wrestler tore the faction apart from the inside and twice cost The Creed Brothers.

The NXT Tag Team Titles. After a little debate between the two brothers, Brutus convinced Julius to allow him the first chance to try to get revenge on Damon Kemp.

After Solo Sikoa was forced to relinquish the title, Shawn Michaels decreed that the next champion would be decided in a five-person ladder match.

At Halloween Havoc. With Hayes and Oro Mensah they already have their place secured and tonight.

There will be a heads up between Wes Lee and Tony D’Angelo for a place in the Ladder Match.

Mandy Rose recently made fun of Brooks Jensen and it drew the ire of Fallon Henley. Tonight there will be.

A heads-up between the NXT champion and Fallon Henley who will closely follow Alba Fyre.