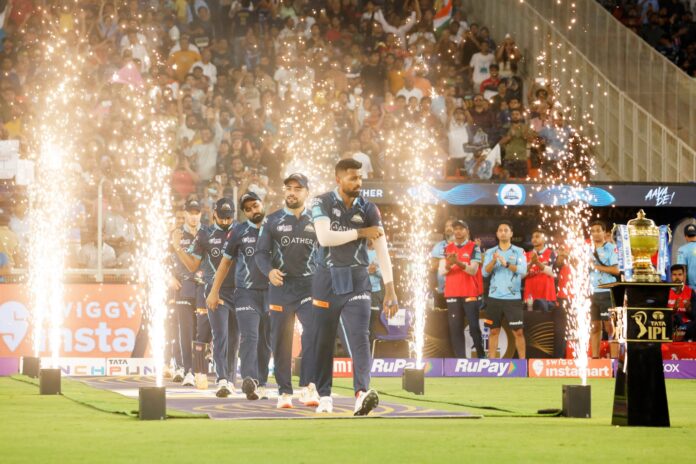 After lifting the Indian Premier League title in their debut season, Gujarat Titans will hold a roadshow on Monday.

The roadshow will begin at 5:30 pm from the Usmanpura Riverfront and will end at Vishwakunj Riverfront.

The Gujarat Titans won the IPL 2022 in their first go on with Hardik Pandya’s all-round performance of 34 runs.

After posting a low-scoring target of 131, Rajasthan had to produce a special effort with the ball to get back in the game.

The pace duo of Trent Boult and Prasidh Krishna shone with the ball in the powerplay.

Reducing Gujarat to 31 for two with Wriddhiman Saha (5) and Matthew Wade (8) back to the pavilion. Shubman Gill’s risk-free collection of runs and David Miller’s quickfire 32 not out powered.